This methodology, also known as "shared components" or "archive libraries", groups together multiple compiled object code files into a single file known as a library. Typically C functions/C++ classes and methods which can be shared by more than one application are broken out of the application's source code, compiled and bundled into a library. The C standard libraries and C++ STL are examples of shared components which can be linked with your code. The benefit is that each and every object file need not be stated when linking because the developer can reference the individual library. This simplifies the multiple use and sharing of software components between applications. It also allows application vendors a way to simply release an API to interface with an application. Components which are large can be created for dynamic use, thus the library remain separate from the executable reducing it's size and thus disk space used. The library components are then called by various applications for use when needed.

There are two Linux C/C++ library types which can be created:

Libraries are typically names with the prefix "lib". This is true for all the C standard libraries. When linking, the command line reference to the library will not contain the library prefix or suffix.

Thus the following link command: gcc src-file.c -lm -lpthread
The libraries referenced in this example for inclusion during linking are the math library and the thread library. They are found in /usr/lib/libm.a and /usr/lib/libpthread.a.

Note: The GNU compiler now has the command line option "-pthread" while older versions of the compiler specify the pthread library explicitly with "-lpthread". Thus now you are more likely to see gcc src-file.c -lm -pthread

How to generate a library:

Historical note: After creating the library it was once necessary to run the command: ranlib ctest.a. This created a symbol table within the archive. Ranlib is now embedded into the "ar" command.

Note for MS/Windows developers: The Linux/Unix ".a" library is conceptually the same as the Visual C++ static ".lib" libraries.

How to generate a shared object: (Dynamically linked object library file.) Note that this is a two step process.

This creates the library libctest.so.1.0 and symbolic links to it.

It is also valid to cascade the linkage:

If you look at the libraries in /lib/ and /usr/lib/ you will find both methodologies present. Linux developers are not consistent. What is important is that the symbolic links eventually point to an actual library.

Compiling for runtime linking with a dynamically linked libctest.so.1.0: Where the name of the library is libctest.so. (This is why you must create the symbolic links or you will get the error "/usr/bin/ld: cannot find -lctest".)
The libraries will NOT be included in the executable but will be dynamically linked during runtime execution.

The shared library dependencies of the executable can be listed with the command: ldd name-of-executable

In order for an executable to find the required libraries to link with during run time, one must configure the system so that the libraries can be found. Methods available: (Do at least one of the following)

Library paths used should conform to the "Linux Standard Base" directory structure.

The command "nm" lists symbols contained in the object file or shared library.

The library version can be specified when the shared object library is created. If the library is expected to be updated, then a library version should be specified. This is especially important for shared object libraries which are dynamically linked. This also avoids the Microsoft "DLL hell" problem of conflicting libraries where a system upgrade which changes a standard library breaks an older application expecting an older version of the the shared object function.

Versioning occurs with the GNU C/C++ libraries as well. This often make binaries compiled with one version of the GNU tools incompatible with binaries compiled with other versions unless those versions also reside on the system. Multiple versions of the same library can reside on the same system due to versioning. The version of the library is included in the symbol name so the linker knows which version to link with.

One can look at the symbol version used: nm csub1.o

No version is specified in object code by default.

There is one GNU C/C++ compiler flag that explicitly deals with symbol versioning. Specify the version script to use at compile time with the flag: --version-script=your-version-script-file
Note: This is only useful when creating shared libraries. It is assumed that the programmer knows which libraries to link with when static linking. Runtime linking allows opportunity for library incompatibility.

Some symbols may also get version strings from assembler code which appears in glibc headers files. Look at include/libc-symbols.h.

Note the use of a version script.

These libraries are dynamically loaded / unloaded and linked during execution. Usefull for creating a "plug-in" architecture.

Prototype include file for the library: ctest.h

Use the notation extern "C" so the libraries can be used with C and C++. This statement prevents the C++ from name mangling and thus creating "unresolved symbols" when linking.

Load and unload the library libctest.so (created above), dynamically:

Object code location: Object code archive libraries can be located with either the executable or the loadable library. Object code routines used by both should not be duplicated in each. This is especially true for code which use static variables such as singleton classes. A static variable is global and thus can only be represented once. Including it twice will provide unexpected results. The programmer can specify that specific object code be linked with the executable by using linker commands which are passed on by the compiler.

Use the "-Wl" gcc/g++ compiler flag to pass command line arguments on to the GNU "ld" linker.

When running the above "C" examples with the "C++" compiler one will quickly find that "C++" function names get mangled and thus will not work unless the function definitions are protected with extern "C"{}.

This file is the source to the library. The "C" functions to instantiate (create) and destroy a class defined in the dynamically loaded library where "Abc" is the C++ class.

The Visual C++ .NET IDE wizard will create a DLL framework through the GUI, and generates a ".def" file. This "module definition file" lists the functions to be exported. When exporting C++ functions, the C++ mangled names are used. Using the Visual C++ compiler to generate a ".map" file will allow you to discover the C++ mangled name to use in the ".def" file. The "SECTIONS" label in the ".def" file will define the portions which are "shared". Unfortunately the generation of DLLs are tightly coupled to the Microsoft IDE, so much so that I would not recomend trying to create one without it.

The Microsoft Windows C++ equivalent functions to libdl are the following functions:

Windows linker will pull two instances of object, one in exe and one in loadable module. Specify one for both to use by using memory mapped pointer so both exe and loadable library point to same variable or object.
Note that the GNU linker does not have this problem. For more on singletons see the YoLinux.com C++ singleton software design pattern tutorial. 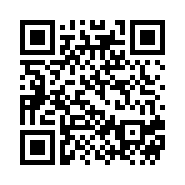