This methodology, also known as "shared components" or "archive libraries", groups together multiple compiled object code files into a single file known as a library. Typically C functions/C++ classes and methods which can be shared by more than one application are broken out of the application's source code, compiled and bundled into a library. The C standard libraries and C++ STL are examples of shared components which can be linked with your code. The benefit is that each and every object file need not be stated when linking because the developer can reference the individual library. This simplifies the multiple use and sharing of software components between applications. It also allows application vendors a way to simply release an API to interface with an application. Components which are large can be created for dynamic use, thus the library remain separate from the executable reducing it's size and thus disk space used. The library components are then called by various applications for use when needed.

There are two Linux C/C++ library types which can be created:

Libraries are typically names with the prefix "lib". This is true for all the C standard libraries. When linking, the command line reference to the library will not contain the library prefix or suffix. 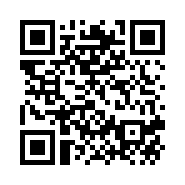